art.es is a bilingual (English-Spanish) international distributed magazine specialised in contemporary art. It can be found at museums, art galleries, universities, libraries and news-stands all over the world. They needed an art director to renew the magazine image, which was old fashioned and confusing. The editor wanted to preserve the simetrical structure, with plenty of space for texts in two languages.

I was the art director from the 38th to the 61st issue, redesigning the publication on its printed version. I also restyled brand image and cover.
The project consisted in achieving a greater clearness and legibility by putting the English and the Spanish text side by side on the layout, instead of one after the other. I chose a simple pair of sans-serif typographies and played with weight and color to distinguish all levels of communication.

to achieve a greater clearness and legibility by fighting several issues concerning the structure.

Before, the bilingual texts (Spanish-English) were one after another in the layout making the article hard to follow, as the art pieces images were always key to understand the content. The new layout puts the two languages side by side. The cartesian layout structure, with well defined margins and ortogonal boxes is preserved in the new layout, following the client wants.

The old issues had a heavy header working as index and repeated in every page. The new design combines a lighter index, present only at chosen pages with a system of black stickers, with different sizes, pointing to important elements of the content, as the beginning of an article or the name of the author.

The layout combined Futura with Arial. The redesign preserve Futura for headers, using a lighter weight to clear the page and played with Univers Font Family, with different weights and colors to distinguish all levels of communication.​ 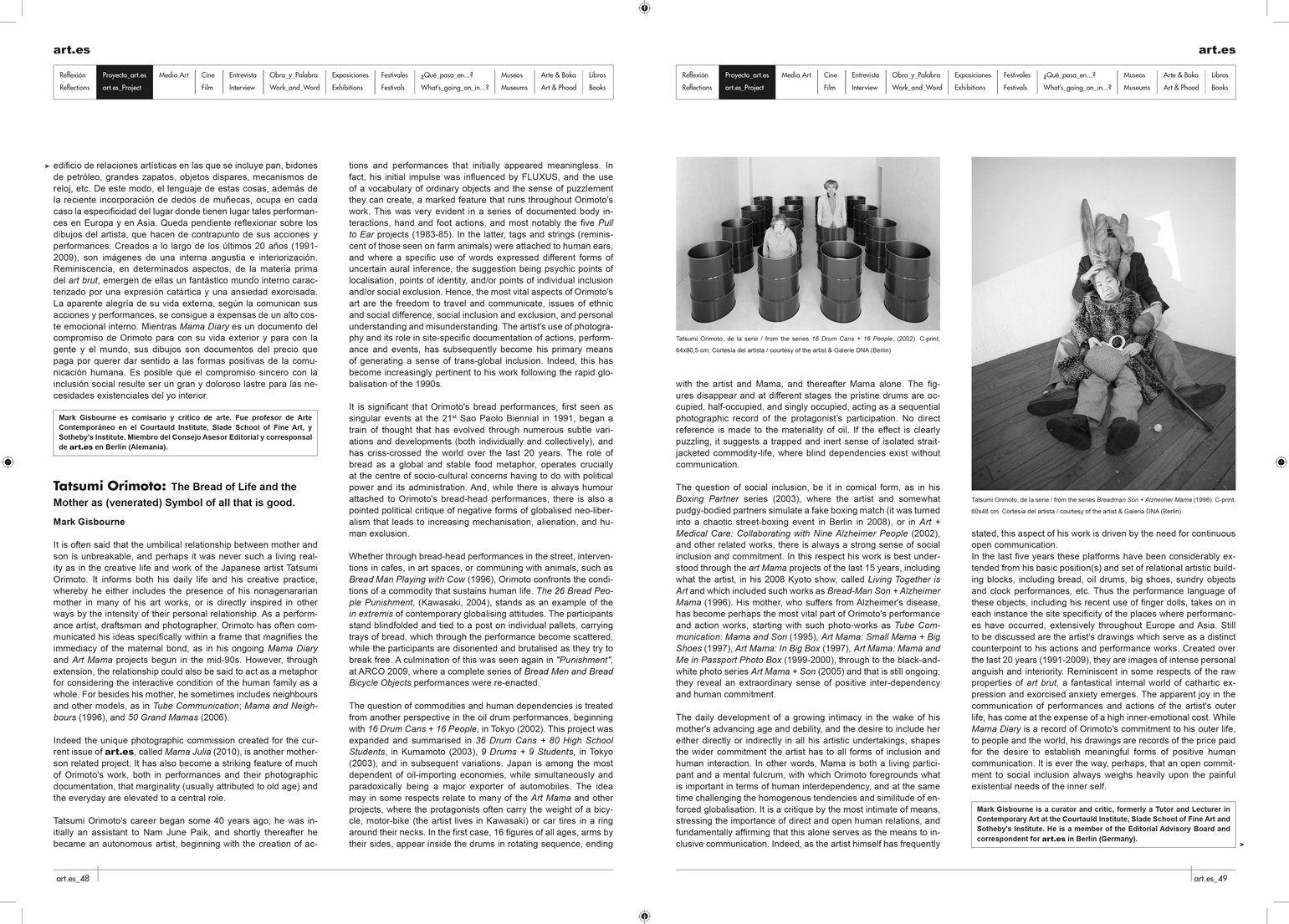